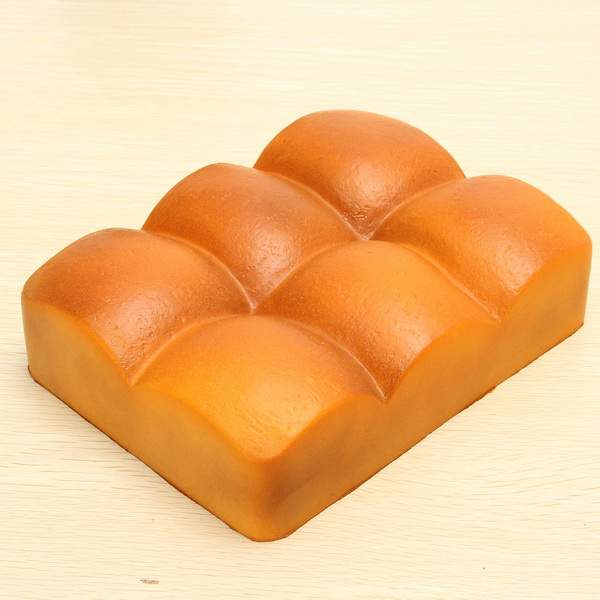 
As always, Follow all site rules. They can be found here.


Treat other players with respect.
¤
Mod Color
Mine is
Cyan(#008080)
. Try not to use it, especially not to impersonate me.
¤
Replacements
- Speculating reasons by a player replacing out is against the rules. Talking about, threatening to, or otherwise stating you are replacing out is against site rules.
¤
Tiny text
- try to keep above
Size 75
.
¤
Out of Game Influence
should be avoided. More information on this can be found Here
¤
You may not
discuss ongoing games here nor this game elsewhere until the applicable game is declared finished by the moderator.
¤
Personal Attacks
on players is not allowed. If you feel the game is getting too personally heated, message me. I in particular tend to draw the line at ad-hominem attacks rather than about gameplay. I also recognize people can be hurtful without technically crossing this line, so message me if someone is.
¤
Cryptography
or other forms of encoded messages are prohibited. Breadcrumbing (giving hints about your role without claiming it) is fine.
¤
Provable randomness
- is against the rules. Saying that you rolled a dice is fine, using dice tags or attempting to prove that you did something randomly is not.
¤
Claiming scum
- by yourself is fine. Claiming to be on a scumteam with another player is not. Benign Groupscum claims are exempt from this rule, although it is recommend to consult a partner before outing them as a non-town alignment.
¤
Prods
- You must post game advancing content at least once every 36 hours or I will Prod you. You then have 24 hours to post in the game thread or I will replace you. If you return before I find a replacement you may stay in the game. Players not checking in within 24 hours of the night must send me a confirmation PM that night phase or be replaced. Receiving 3 prods results in
forced
replacement. Prods may be requested to be given early but will not count as an official prod until the 36 hours are up and the official prod PM is sent.
¤
Vacation/Limited Access:
If you need to, you may declare V/LA in bold in the thread like this:
@Mod: I will be V/LA until the 32nd of Eleventember
. Alternatively you may PM me. During this time I will be more lenient on prods and replacement for activity.
¤
Quoting
- You may not quote (or copy paste) any private information into the thread, including your role PM and any mod communication. This is strictly enforced. If something is unclear for this rule, ask me first. Copy Pasting roles from the AB:Loaf Discussion Thread is explicitly ok.
¤
Voting
- Votes must in the format VOTE: MegAzumarill or
Vote: MegAzumarill
. Use vote tags whenever possible. If I think it is a vote, it counts as a vote.
¤
Elimination
- Days end early when a simple majority of players (>50%) vote to eliminate somebody. If a majority is not reached at deadline or if a majority of the players vote for no elimination, the phase will end without an elimination. 50% of votes are sufficient for no elimination.
¤
Twilight
- Begins when a majority is reached and lasts until I lock the thread. You're still alive until I flip you so you can talk in any game threads you have access to until then, but votes are locked and cannot be changed. Additionally
¤
Night
Night Lasts 2 days. A unanimous vote to start day early will be sufficient to skip the remaining deadline. To do so PM me "Fast Night" with your action or seperately.
¤
Death
Do not post in any private threads or the main thread after you are dead unless otherwise told you are allowed to. Do not make a Bah! post. Some roles may have abilities to use after death, or abilities that allow for communication with dead players, so players must post in the dead PT at least once.
¤
Action submissions
- You may submit actions via PM. If the actions are not submitted by the deadline then you do nothing. You can change your mind as many times as you like before the deadline. Actions may be scheduled ahead of time. All actions should be sent via PM unless specified otherwise in your role PM. Groupscum players should send their factional actions via PT, and personal actions via PM.
¤
Notes PT
- These are allowed in order to track your thoughts in the game. You may draft posts in these to put in the main thread, but avoid using these to "prove" you always had a townie mindset.
¤
Vote Count Images
have no bearing on the game.
¤
Play to win
- You must be making an effort to achieve your win condition. This does
not
mean you are required to do everything in your power to achieve your win condition, especially at the cost of the just that you must make an active attempt to win the game.
¤
The Moderator
may change these rules at any time, in order to preserve the integrity and the players' enjoyment of the game.
¤
Claiming to Cheat
is not allowed.
¤
If you are unsure
of mechanics about your role, then feel free to ask. Some roles may not be entirely clear how the action functions or be built off of incorrect assumptions of what a term means. I may not be able to answer any question, but there are some I can. [I.e. What a Vanilaiser does may be common knowledge to those who have played many IDEA style games, but not for someone playing mostly normal games.]


Setup Information
¤
This setup
is using Triplicate Action Resolution. If you are unsure how that affects your role, then feel free to ask. The short answer is it's a lot like NAR.
¤
Dead PT
Players must post in the Dead PT after death at least once. If there is no possible role to interact with the game as a dead player in the setup, then this will be announced in the dead PT. Otherwise, you may be expected to keep up with the game after your death in order to help your team win. Activity and prods is explicitly
not
required of dead players.
¤
Picks
What is intended for you to know about your role for different picks is both inconsistent and arbitrary at times.
¤
Thread Accuracy
Translating word for word how the thread alignments and roles work would not work for a variety of reasons in a variety of circumstances. The rolled posts and alignments may work slightly differently than mentioned in the thread but in translating them into the game I will focus on keeping the spirit and intent behind the roles the same rather than word for word accuracy. (For example, the "Herald" faction is stated to win when all members of the mafia are eliminated. The Mafia do not appear in this setup, so translating "Mafia" to "True Groupscum" makes the most sense. This is mostly common sense stuff, but wanted to gives a heads up.)
¤
Spoiler: The setup is generated as follows:
1.
The moderator rolls 1d4. This corresponds to one of the 4 faction lists below.

2.
The moderator rolls a random number from 1 to the number of entries in the corresponding list to determine what is present in the game.

3.
The moderator rolls an additional number on the
True Groupscum
list.

4.
The moderator takes the given non-town factions rolled and generates an alignment lineup (this may vary based on the factions chosen)

Ex (
9 town
,
3 Dark Creatures
,
1 Aligner
)
5.
The moderator rolls from the posts used to give each player two role cards. (If no role is in a post, it is treated as vanilla)

7
The player's then pick their desired role, publically discarding the other role.

8
A Pregame phase occurs where some actions or choices may take place, including giving out factional PTs where applicable.
¤ The full rolelist can be found here.

Lists of Roles and Alignments Included
Roles
from Posts 0 through Post 251.

Choose one of the following roles to keep and one to discard.

Spoiler:
You have no special abilities.
Role 2 Jailkeeper

You are a
Dark Creature
. You have the following abilities:

Choose one of the following roles to keep and one to discard.

Spoiler:
You have no special abilities.
Role 2 Jailkeeper

Spoiler:
Each night you may target a player. Assuming no interference to your action you will protect your target from one kill that night, but you will prevent your target from taking an action that night.
Last edited by MegAzumarill on Sun Jan 22, 2023 2:33 pm, edited 1 time in total.
Imprefection is the spice of life.
Top

Due to upcoming site maintenance, during which the site will be down, I am extending the time needed to submit picks by 12 hours. This shouldn't be an issue, however.


Imprefection is the spice of life.
Top

Without further ado, day 1 begins! Best of luck and have fun!
Discards are located above. 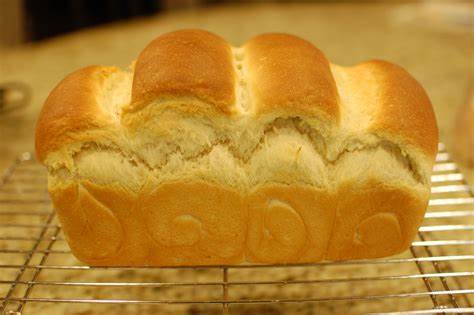 Note: This is where a note would be, if there was one.
Imprefection is the spice of life.
Top

Hardclaim Knight of Thousand Punches
Whatever the chains placed upon me
Whatever the prison, my soul has the key
No money can buy, no power can still
No burden can break the unshakeable strength of my will

My alignment is what JJH says it is.
Top

may the chaos begin

I claim Unpotato. I want to try to keep a list of claims in my ISO, in case you are reading this in the faraway future of May 2023, this game in is Night 11, and you've just subbed in.
Top

VOTE: Lich - fine line between
loaf
ing and being a
dead
beat.
Top

Besides memes, why would the meta janitor leave out N_M?
Top

ego post
How do you expect to find the culprit when you're all worried about each other's feelings? If you're planning to expose a liar, then you have to corner them psychologically.
Top

ego post
How do you expect to find the culprit when you're all worried about each other's feelings? If you're planning to expose a liar, then you have to corner them psychologically.
Top


I noticed that as well. Could just be mind games? If anything I doubt N_M would be janitor and choose themself not to redact.
How do you expect to find the culprit when you're all worried about each other's feelings? If you're planning to expose a liar, then you have to corner them psychologically.
Top

Hey I drew Miller so there's that.

TemporalLich wrote: ↑Wed Jan 25, 2023 1:14 pm
Yeah I believe the only reason to meta janitor everyone but not mafia would be for memes

Anyway, Marashu seems town but this is still early D1


How are they town based on pointing out the obvious?
How do you expect to find the culprit when you're all worried about each other's feelings? If you're planning to expose a liar, then you have to corner them psychologically.
Top


Does it tell you what type of miller you are?
Top

Kokichi Oma, have you played with N_M before?
Top


Does it tell you what type of miller you are?